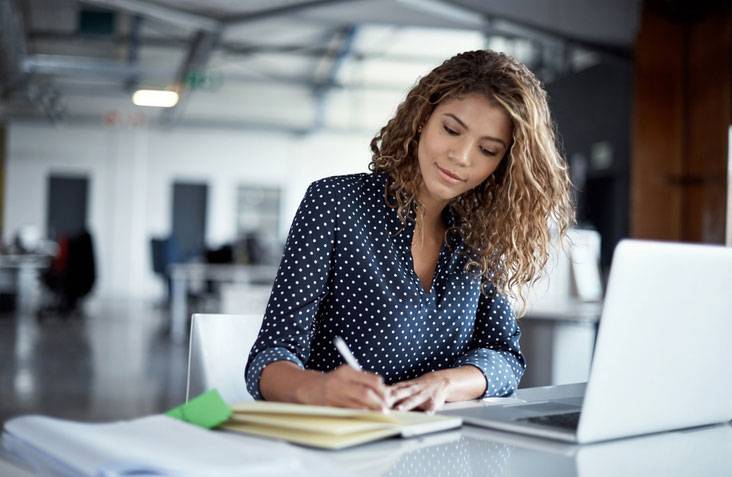 What is expository writing? Expository writing describes any piece of writing that exists primarily to explain or educate through the presentation of information, examples, or metaphor in clear and organized language.

Expository writing may be the most common type of writing there is. It fulfills one of the primary jobs of language: as a method of communication and recording.

Although expository writing is all about conveying facts and information, it’s far more than just a list of data. Presenting information in the right order, with the proper context, and in clear, accessible language is an important skill to develop for any writer.

Most Writers Start Off With Expository Writing 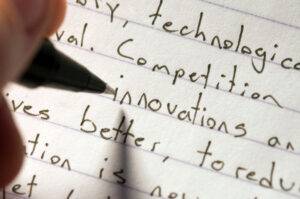 Every American student is intimately familiar with expository writing by the time they get through grade school. That’s because most school writing assignments are expository pieces. Everything from fifth-grade essay assignments on John Adams to high school chemistry experiment write-ups are expository writing. It’s the first type of writing that students are taught and almost certainly the one they are most familiar with.

It’s also the kind of writing that people are most often exposed to in everyday life. A business memo is likely to be an expository piece; newspaper and magazine articles are expository; user manuals and how-to guides are expository.

This format is reflected in the famous five-paragraph essay format that most students are taught early on in their English education.

Expository writing also is expected to adhere to some other basic principles:

Not every piece of expository writing will follow all of these principles exactly. Particularly in longer works, more style and creativity may be used to hold the interest of the reader and to keep the subject engaging. But the primary purpose of an expository piece is not entertainment.

What Is the Purpose of Expository Writing?

The primary purpose of expository writing is to inform or explain.

Expository writing is designed to convey information to a defined audience. It delivers facts or concepts through the written medium to educate the reader in some way. Common uses of expository writing include:

But exposition can appear in any kind of written work. It’s not uncommon for novels to have long sections of expository writing. Persuasive writing may include exposition. It’s a suitable style for any piece that needs to get particular facts or ideas across clearly.

Dedicated expository pieces don’t offer opinions or engage in speculation. They should not use rhetoric or other tactics of argument. Instead, they are focused on answering a question, such as: “What’s expository writing?”

What Is an Example of Expository Writing? 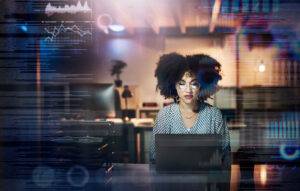 There are a range of different styles of expository writing, however. While this piece offers one example, there are many different approaches to delivering facts and information. This can depend on factors such as:

In this piece, as in many expository writings, bullet points and other structural tools are used to break down the concepts more clearly. Short paragraphs, frequent section breaks, and simple vocabulary are common features in many expository pieces.

But an expository piece of writing can also be quite complex. Depending on the concepts involved and the expected audience, an expository paper might be most efficient relying on well-understood technical language or drawing on advanced ideas without breaking them down. A scientific paper, for example, may be utterly mysterious to the average reader. But it may also be a perfectly clear piece of expository writing for the intended audience of scientists.

Many Versions of Expository Writing Fit Different Needs in Exposition

Although the standard five-paragraph essay is one that almost all students will recognize, there are different types of expository writing formats that may be better suited to different objectives.

This style ties together two related occurrences and systematically describes the connections between them, such as an article about a tsunami and subsequent damages.

Sequential pieces follow a straightforward timeline to describe events, such as a crime reporter might use to break down a bank robbery and pursuit.

Comparison pieces align two related ideas or objects and offer objective, straightforward points on which they resemble or differ from one another or an ideal. The pro versus con product comparison is an example of this.

Process pieces break down a description of performing an action, usually as a series of steps to be performed. User manuals and how-to guides often use this technique.

Expository pieces are not restricted to only one of these techniques. Many works, particularly longer ones, will use all of these types of writing as best fits the goal of the piece.

How Do Narrative and Expository Writing Differ? 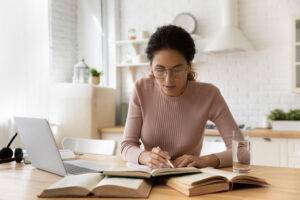 The difference between narrative and expository writing comes down to whether or not you are trying to tell a story. Stories have plot, characters, and settings. They may provide information that was not previously known to the reader, just like expository writing. But narratives present that information as a function of telling the story, not as a primary goal of the piece.

Expository writing focuses on delivering information or explanations as directly, clearly, and effectively as possible. Contrivances of plot and character are flourishes that would only distract in a piece of exposition.

A narrative work can certainly deliver information, even the same kinds of information as expository writing. But the narrative path isn’t usually the fastest way to get there.

Why Creative Writing Degrees Are Useful in Expository Writing

Although expository writers avoid narrative, they shouldn’t avoid creativity. Keeping a long piece of exposition fresh and interesting is definitely an exercise of creative writing. Just as importantly, creative writing degrees come with many other lessons and skills that apply just as well to expository writing.

It’s common for novels and other works of creative writing to include expository passages as a part of the package.

Herman Melville’s lengthy expositions in Moby-Dick are some of the most remembered and most quoted passages of that great novel.

So creative writing programs teach the elements of exposition along with other styles and structures. You’ll learn how exposition can make an impact in any work, and how the forms and features of expository writing inform and engage the reader.

Writing Well Creatively Can Transfer to Any Writing Context 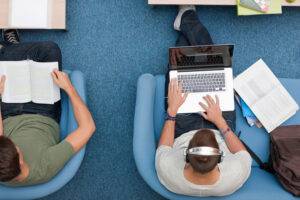 Creative writing degrees are all about writing. Instructors will challenge you to expand your breadth of style and genre, pushing you to develop broader skills and abilities. And you’ll write a lot, turning out hundreds of pages and reviewing and revising them with thoughtful feedback from instructors and fellow students.

That’s sure to sharpen your abilities when it comes to expository writing, as well. It’s widely recognized that the best way to improve writing skills is to write. That means, whether your classes have you plowing through sonnets or flashing on nano-fiction, they will be stretching the abilities you can bring to exposition, too.

Expository writing is subject to the same rules of grammar and style as any work of English. Creative writing degrees drill students on those basic rules and bring new vocabulary to the table, as well.

Creative writing also delivers a focus on structure and form that can be useful in exposition. Through repeated analysis of your own and other written works, you’ll be prepared to analyze form and format to learn how writers engage with their material and their audiences. This is a key piece of any work of expository writing, so the exercise is particularly valuable for learning the arts of exposition.